I don’t think the young woman who said this comment about the 80-year-old octogenarian troubadour as he returned to the stage for one encore meant it as a disparaging description of the Canadian music legend’s talent as a singer/songwriter.

She was just expressing what many people in the audience – including this writer – were thinking: Mr. Lightfoot is simply too old and too tired to be touring and performing anymore.

Meanwhile, the Rolling Stones – all of whom are pushing 80 – have just announced a 13-show US stadium tour in 2019.  Seriously, does the world really need another Stones tour?

For many people, the image of 75-year-old Mick Jagger prancing around the stage belting out “I can’t get no Satisfaction” like it’s 1969 is just too much to stomach. 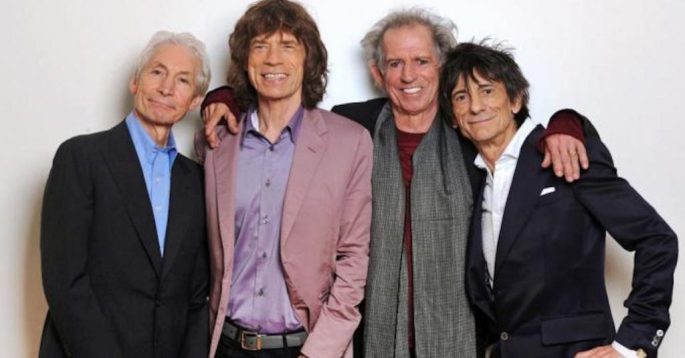 I came of age in the 1960s and was lucky enough to see many of the decade’s rock legends in their prime – including the Stones, Jimi Hendrix, Janis Joplin, Deep Purple, Santana, Sly and the Family Stone, Neil Young, The Who, Johnny Winter, James Brown, Bob Dylan,  The Amboy Dukes, The Rascals, Jeff Beck, Eric Clapton, The Righteous Brothers, Frank Zappa, The Turtles, and Chuck Berry, just to name a few.

Some of these artists, unfortunately, didn’t make it past the 1970s, succumbing to substance abuse and other inner demons. Some went on to become multi-millionaire super stars touring the world and living in the kind of luxury they could only dream of in their youth. Some have become parodies of themselves relegated to playing nostalgia shows, and some have completely fallen off the musical radar. Some, probably the minority,  are still composing and recording relevant music and performing to appreciative audiences in 2018.

As Neil Young (himself getting a bit long in the tooth at 73) suggested in his seminal song Hey, Hey, My, My (IntoThe Black): “It’s better to burn out than to fade away.”

Perhaps for some ageing musicians, it’s best to know when it’s time to hang ’em up.

This brings me back to Lightfoot’s concert last Saturday.

It’s not that he didn’t entertain the audience. He did.

It’s not that he didn’t play many of the hits off of his 30 albums of original compositions. He did.

It’s not that he didn’t have a talented backup band. He did.

And, it’s not that the audience didn’t show its appreciation with extended applause and a standing ovation. It did.

But only a completely tone-deaf patron would not have been able to discern that Lightfoot struggled with some of the arrangements, unable to hit higher notes and singing almost unintelligible lyrics at times. It was also obvious that he didn’t perform some of his more challenging compositions.

Indeed, as my companion Val Cavalini, a long-time Lightfoot fan going back to the mid-1960s, suggested: He was a pale imitation of himself in his prime and I would have preferred to listen to a couple of his albums at home with a glass of wine in my hand.

I feel bad because I talked her into going as I thought it might be the last chance to hear the musical icon live before he either retires or, God forbids, passes away.

I hope those around him, whom he acknowledged from the stage on Saturday, will huddle with Gordon after this tour and advise him to call it a career, leaving his indisputable musical legacy intact.

Please don’t hate me for suggesting this.

This is a text widget, which allows you to add text or HTML to your sidebar. You can use them to display text, links, images, HTML, or a combination of these. Edit them in the Widget section of the Customizer.
Loading Comments...
%d bloggers like this: